Sisters of the Holy Cross

The Sisters of the Holy Cross trace their origin to the Congregation of Holy Cross, founded in the 19th century by Blessed Basil Anthony Moreau in Le Mans, France.

Coming to the new world to serve and educate

In 1843 Father Moreau sent four sisters to Indiana to assist the Holy Cross priests and brothers in establishing a school that would become known as the University of Notre Dame. 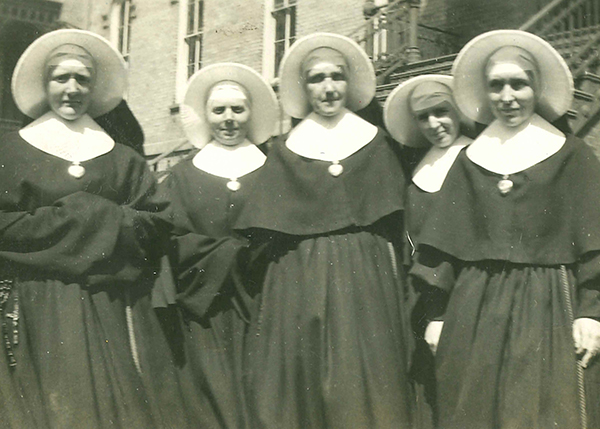 The four sisters soon turned their attention to the education of young women at a school in Bertrand, Michigan. They also responded to the needs of settlers and Native Americans, opening schools and establishing orphanages. Their school moved from Michigan to Indiana in 1855 and grew to become Saint Mary’s College, a recognized leader among Catholic women’s colleges in the United States.

The needs of a nation spark a health care ministry

Six months after the outbreak of the U.S. Civil War in 1861, the sisters responded to the need to care for wounded soldiers. Although they had no training as nurses, six Holy Cross sisters, led by Mother M. Angela (Eliza Gillespie), volunteered to tend the sick and the wounded. Many more sisters followed. They were soon asked to take over the nursing at hospitals in Kentucky, Illinois, Tennessee, Missouri, and Washington, DC. The sisters were the first nurses to serve on the U.S. Navy’s first hospital ship, the Red Rover, caring for the wounded on both sides of the war and becoming the forerunners of the United States Navy Nurse Corps.

In the decades that followed, Holy Cross sisters continued to respond to the unmet health needs of people across the developing frontier, establishing 19 hospitals over 133 years. In 1979 the congregation formed Holy Cross Health System and consolidated resources with Mercy Health Services in 2000 to create Trinity Health, one of the largest Catholic health care systems in the United States. Today they continue to minister in a variety of health care settings worldwide.

Serving around the world 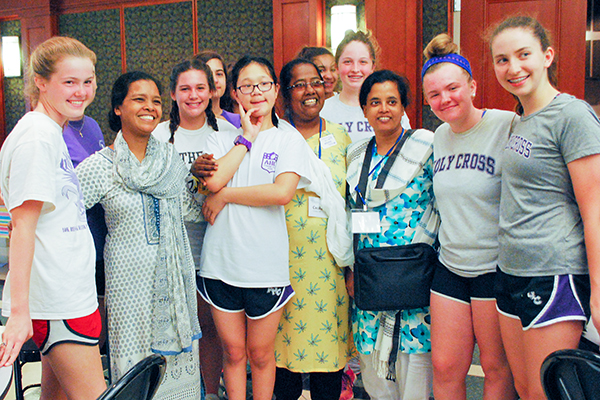 Beginning with a ministry in 1853 in Bengal (then part of India, now the country of Bangladesh), the sisters now minister around the globe—in eight countries on four continents—an international congregation with a growing international membership. They serve as educators, nurses, administrators, counselors, social workers, parish and campus ministers, retreat leaders, writers, attorneys, and advocates for social justice and systemic reform.

From their earliest days in 1843 to the present, the Sisters of the Holy Cross have responded to the injustices of the times and have always stood in solidarity with God’s suffering people. The priests, brothers, sisters and associates of Holy Cross officially launched the 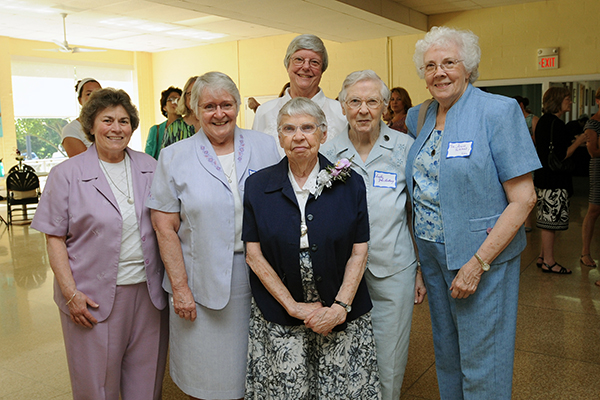 Holy Cross International Justice Office in 2000. This office serves as a vehicle for creating a well-informed, proactive and public “Holy Cross voice” that impacts the critical justice issues of our time. Areas of focus for its work include global economic justice, ecological sustainability, rights of marginalized people, and peacemaking and nonviolence. The office also acts as a clearinghouse for information and action opportunities for the entire Holy Cross family. Activities include publicizing educational resources, providing analyses of issues, and facilitating unified action for justice among congregation members and with other justice-related groups.

Compassion compels us to stand with and embrace others in their suffering, that together we may experience God’s liberating and healing presence.

Faith impels us to trust God ever more radically and to risk responding as disciples of Jesus.

Prayer, personal and communal, grounds us in God’s unconditional love, calls us to integrity in discernment, and animates us in our work of building a society of justice and love.

Community commits us to seek ways to journey together which energize and sustain us to live our mission in solidarity with one another.

“Holy Cross will grow like a mighty tree and constantly shoot forth new limbs whose branches will produce yet others, and all nourished from the same sap and endowed with the same life.” – Blessed Basil Moreau