Julia Urban '17 was part of a team at William & Mary that earned high honors in the world's largest synthetic biology competition for engineering a potential COVID-19 therapeutic. Julia co-captained the team of 10 students that earned a Gold Medal and two top awards for Best Therapeutics Project and Best Model at the at the iGEM 2020 Virtual Giant Jamboree (iGEM stands for International Genetically Engineered Machine). The team competed against 249 other universities around the world. Julia is in the W&M Class of 2020 graduating a semester early.

Mary Kate Bula ’12 will be playing flag football for the USA National Team in Palma, Spain in October 2021. Mary Kate has been playing flag football since grade school and began playing competitively in college and was added to the USA National Team on December 2, 2020. She plays wide receiver, defensive back and, sometimes, quarterback. Mary Kate noted that she is “honored and humbled to receive the opportunity to play the sport I love for the USA. Spain, here we come!”

Congratulations to Nora Palka '08, winner of the Helen Hayes Award for "Outstanding Lead Performer in a Musical" for her role as Flora Conrad in the May 2019 production of "On Air" at the Creative Cauldron Theater in Falls Church, VA. Nora received the award during a virtual announcement ceremony on Monday, August 31, beating a broad Metro area-wide field.

Nora writes: "Frank Conrad was a pioneer in radio development. He became the driving inspiration for the first ever mass broadcasting radio station in the 1920s. His wife, Flora, a suffragist, undoubtedly knew how important it was to keep the public informed on legislation being passed, like a woman's right to vote, and used her husband's talent to spread the word. This great American story is unknown to many, but changed the way we take in our media, listen to music and receive the news for the better. Now, more than ever, it is so important to honor the legacy of the Conrad's and all of their hard work. It makes me so proud to accept this award on their behalf and that it can represent a small part of their legacy."

Helen Hayes attended the Holy Cross primary school (when it existed in Washington, DC) as a child. 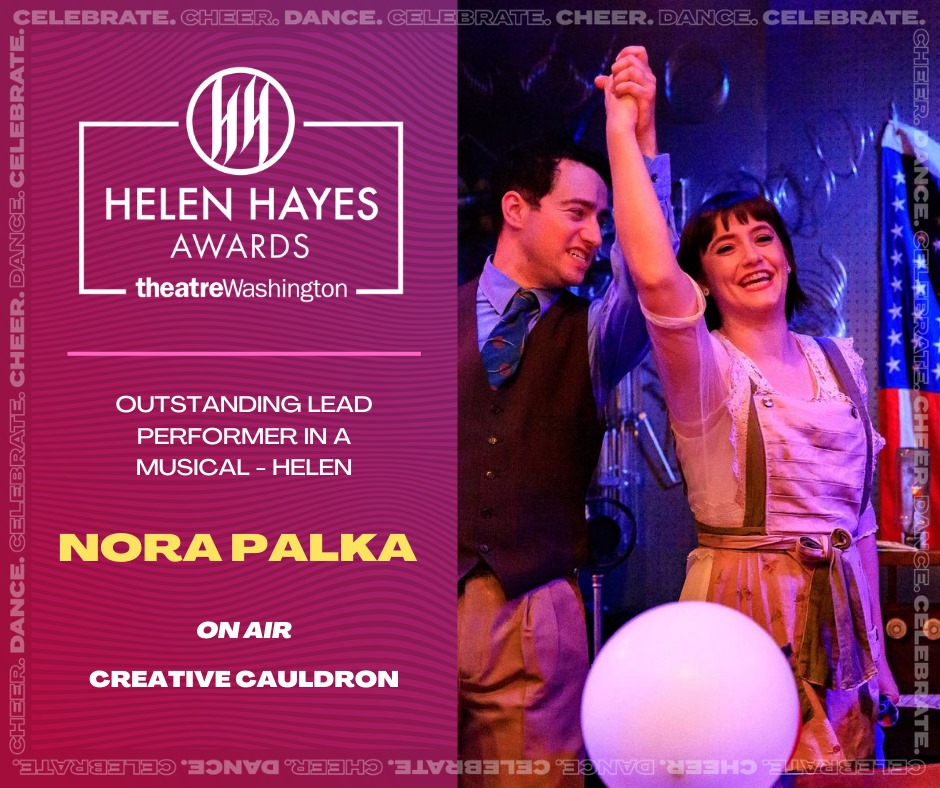 ABC7’s StormWatch7 meteorologist and Holy Cross alumnae Eileen Whelan ’05 recently received a Regional Emmy from the National Capital Chesapeake Bay Chapter of The National Academy of Television Arts & Sciences. The Regional Emmy® Awards are the premiere television production honor presented in various sectors of the television industry, including entertainment programming, news and documentary shows, and sports programming. Eileen received the award in the Discussion/Interview category as the host of “The Mother Side” that airs on WJLA 24/7 News. “The Mother Side” is a show that pulls back the current on the highs and lows of motherhood—from the exhilarating to the exhausting. It is a place of discussion to come together and connect over laugh out loud moments and lessons learned. 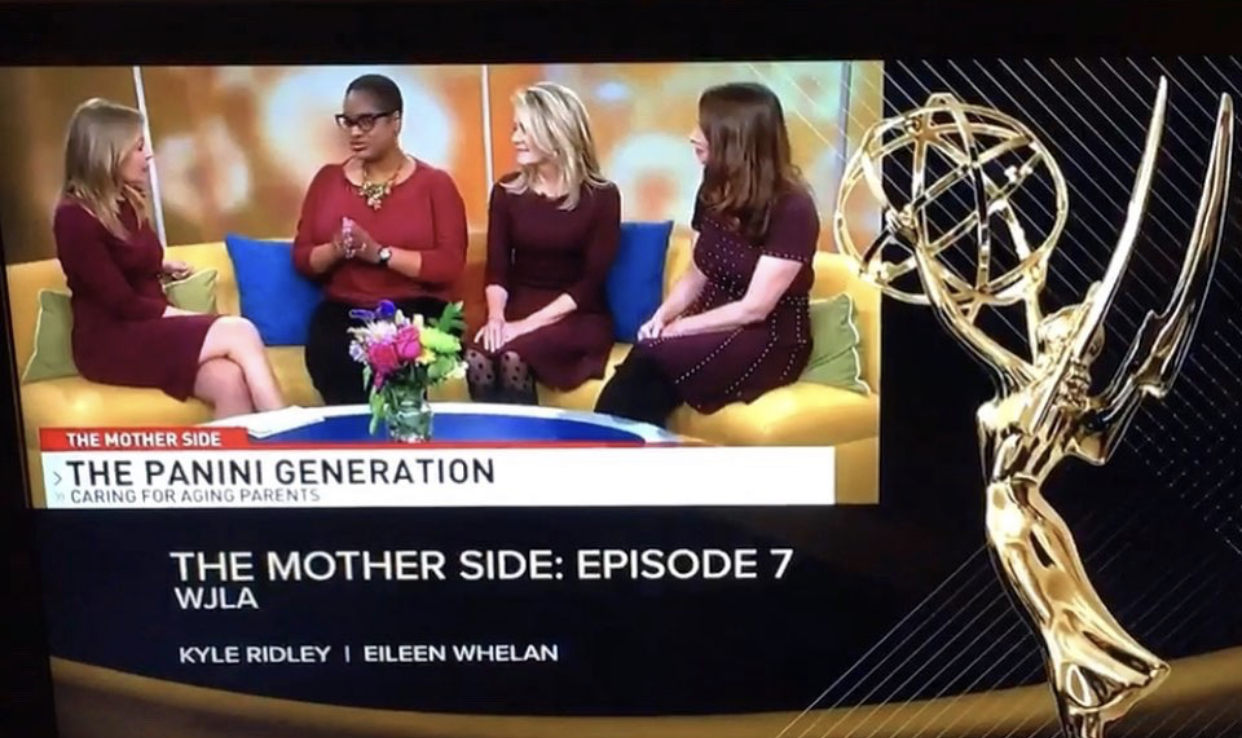 Suzy Menser ’00 was recently named as one of the 2020 Top 100 Women in Maryland by The Daily Record.  The Top 100 Women recognition honors women who have achieved professional success as well as who are involved in mentoring and giving back to the community. Suzy was nominated by KPMG LLP where she is a partner in the Baltimore office. Her focus is in the financial services and not-for-profit industries, serving banks, broker-dealers, investment advisors, REITs, colleges and universities. Suzy is a Co-leader of the KPMG Network of Women (KNOW) Baltimore Chapter. In the past few years, Suzy has further advanced her support of women leaders beyond the KPMG office by becoming a founder and executive committee member of the Baltimore Women’s Advisory Board (BWAB). The BWAB aims to bring the ideals of KNOW to the City of Baltimore and is a professional group that looks to attract, retain, and promote diverse professionals in Baltimore. Suzy earned both her master’s and bachelor’s from Loyola University of Maryland, where she serves on the university accounting advisory board.