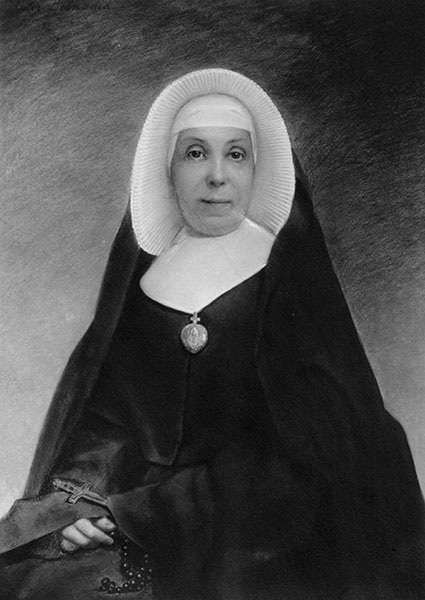 As the American foundress of the Sisters of the Holy Cross, Mother Angela (Gillespie), C.S.C. strongly believed in full educational rights for women, and championed the introduction of advanced courses in science and higher mathematics during her tenure as provincial superior.

The expansion of the order and of its educational work proceeded rapidly under Mother Angela’s direction. During the Civil War, Mother Angela established eight military hospitals, staffed two hospital ships, and provided for the direction of scores of sister-nurses.

In her honor, the Academy will award two STEM Scholarships to qualified incoming freshmen who have demonstrated an aptitude for science and math, and a sincere interest in the field of engineering.

Gillespie scholars must take one of the Project Lead the Way engineering courses by the end of sophomore year.

An additional letter of recommendation from the applicant’s middle school science or math teacher describing the candidate's interest in pursuing STEM must be sent to admissions@academyoftheholycross.org.

Applicants will be considered for the scholarship based on the following criteria:

*Candidates will be invited to come for an interview

Our Admissions Office is open!